I graduated high school in England in 1963. I worked as an industrial chemist for two years in Leeds in the north of England. Chemistry wasn’t what I wanted to do for the rest of my life so I went to hair school 1965-1967. Why hairdressing? 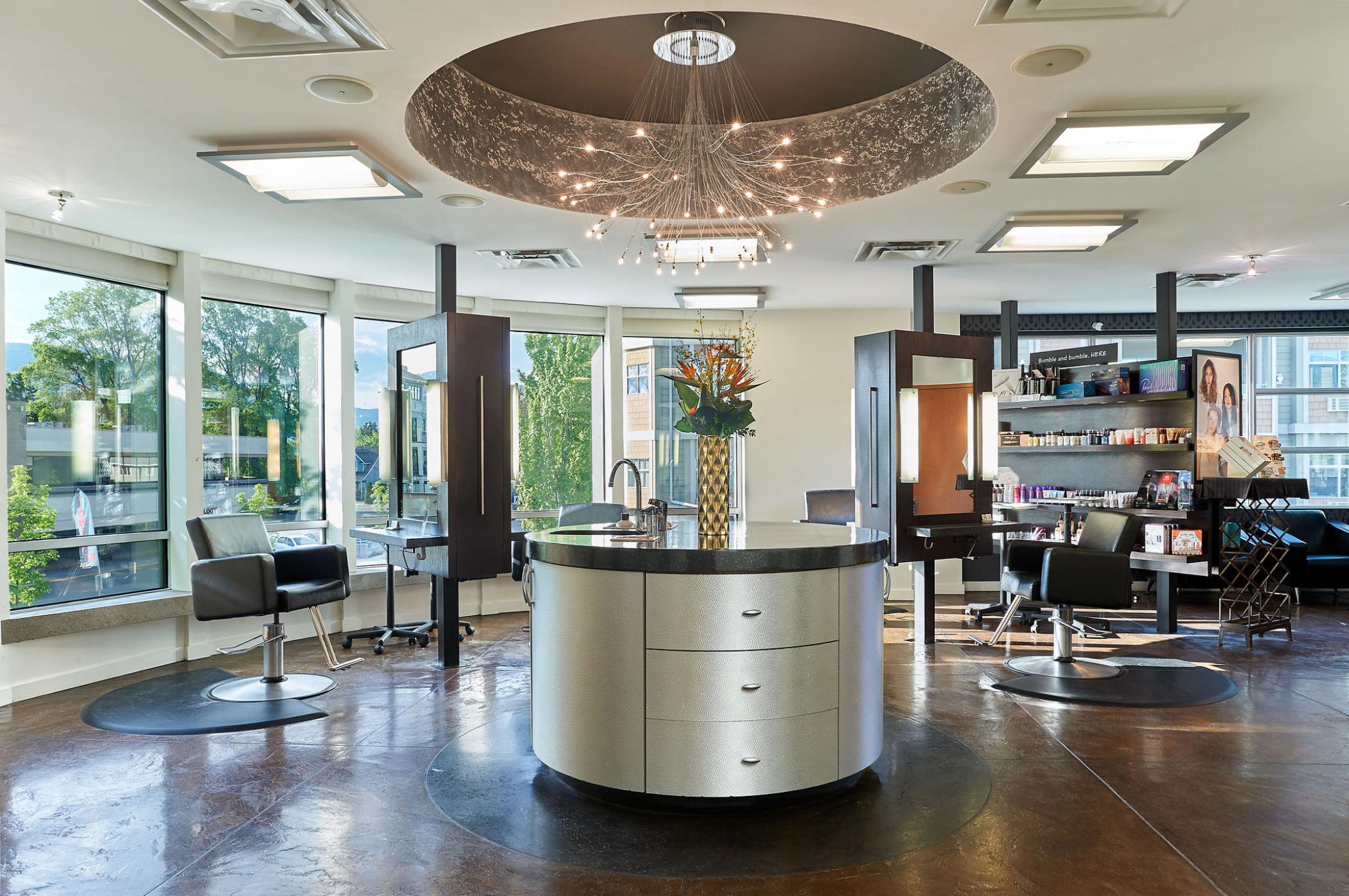 I’ve never had the opportunity of doing art and there would be lots of girls around and I was tired of academics. I could think of a lot of reasons.

After hair school I tried a few jobs in different salons. This was back in the teasing, bouffant, heavy hairspray days. I wasn’t liking the job a whole lot and I got the opportunity of being the driver and roadie in a band for a year and they became quite successful.

During that year Vidal Sassoon had become a driving force in hairdressing. He was radically changing hair cutting and hairdressing, and leading the charge of great standalone geometric haircuts that were just blow dried or finger dried. It was 1968, Mary Quant was working on the mini skirts on Carnaby St. London. Vidal was designing the beautiful haircuts and they had teamed up together and were getting all sorts of publicity all over the world. Vidal was a genius at marketing.

So, I left the band and went home to Leeds. Leeds is a northern industrial city of about a million and a half population. On the bus going home to my Mum’s I noticed a new hair salon called Tassey’s had opened up. It was about 5 PM and there was literally a lineup of girls waiting to get their haircut. I got off the bus and went in and it was a Salon I’d never seen the likes of before. It was more like a nightclub. Great music, cool looking hairdressers dancing around their clients blow drying. All the salons I had seen before this one had been a row of older Ladies under a bank of driers. I wanted to work there so I applied for a job then and there. Tassy realized quickly that I would need a lot of training and offered me a year contract. They would train me and I would be paid the equivalent of $10 a week for a year. I jumped at the chance, I could live with my Mum and do this and I did 1968 to 1969.

After finishing that year, I could work anywhere and I did. I applied for a job in Victoria BC in 1973 and within 3 to 4 weeks of applying was on a plane to Canada. Two guys had left for Sassoon’s in 1969 and opened Scissors in Victoria, they needed help; they were swamped. I thought I’d come out for a year but never thought of going back once I got here, I loved Victoria.

After two years at Scissors I started looking around to open my own shop. I didn’t have a lot of money so I was looking in the interior Kamloops, Kelowna, Penticton, Vernon and in the fall of 1975, I opened London Cut Inn on the east side of Bertram Street. The other side was just old houses and the town ended at Bertram Street in 1975. After two years there they developed the west side of the street and we moved across the road to a bigger space. We built a beautiful salon there, still London Cutt Inn and I styled it after the classic Sasoon’s salons, lots of black and stainless-steel chrome and mirrors. We built an amazing staff putting on hair shows every year at the Capri.

After 10 years there in 1987 and after I had met my wonderful wife Donna who was an aesthetician, we moved London Cutt Inn into the mission on KLO by the credit union. We offered all aesthetic services including laser treatments and again it was a great success.

After 10 years, in 1997, our lease was up and the credit union needed our space and would not renew the lease so we ended up buying a small building on Lindahl Street behind the Capri. It was an old building so we knocked it down and built a little country house style salon that was right on Mill Creek. After about seven years we were finding it too small so we sold it and moved back into the lower mission on Pandosy Street, our present location. We totally rebranded the salon, renamed it Fringe:Hair, hired and trained a wonderful staff, some are with me still to this day. We have been at this location now for 17 years.

Get Started Now
We use cookies on our website to give you the most relevant experience by remembering your preferences and repeat visits. By clicking “Accept All”, you consent to the use of ALL the cookies. However, you may visit "Cookie Settings" to provide a controlled consent.
Cookie SettingsAccept All
Manage consent

This website uses cookies to improve your experience while you navigate through the website. Out of these, the cookies that are categorized as necessary are stored on your browser as they are essential for the working of basic functionalities of the website. We also use third-party cookies that help us analyze and understand how you use this website. These cookies will be stored in your browser only with your consent. You also have the option to opt-out of these cookies. But opting out of some of these cookies may affect your browsing experience.
Necessary Always Enabled
Necessary cookies are absolutely essential for the website to function properly. These cookies ensure basic functionalities and security features of the website, anonymously.
Functional
Functional cookies help to perform certain functionalities like sharing the content of the website on social media platforms, collect feedbacks, and other third-party features.
Performance
Performance cookies are used to understand and analyze the key performance indexes of the website which helps in delivering a better user experience for the visitors.
Analytics
Analytical cookies are used to understand how visitors interact with the website. These cookies help provide information on metrics the number of visitors, bounce rate, traffic source, etc.
Advertisement
Advertisement cookies are used to provide visitors with relevant ads and marketing campaigns. These cookies track visitors across websites and collect information to provide customized ads.
Others
Other uncategorized cookies are those that are being analyzed and have not been classified into a category as yet.
SAVE & ACCEPT